The school of the Greek Community of Nottingham, “Virgin Mary Eleousa”, is the official Greek supplementary school of Nottingham recognised by the Ministry of Education of Greece.  It accepts school age children of Greek origin. However children of any other background with an interest in Greek language and culture, as well as adults are welcome. Its name illustrates the fact that the school is an integral part of the Greek Community of Nottingham, which in turn is a member of the Central Educational Council (K.E.S) of the Holy Archdiocese of Thyateira and Great Britain, which is based in London.  Chairman of K.E.S is the archbishop of Great Britain. 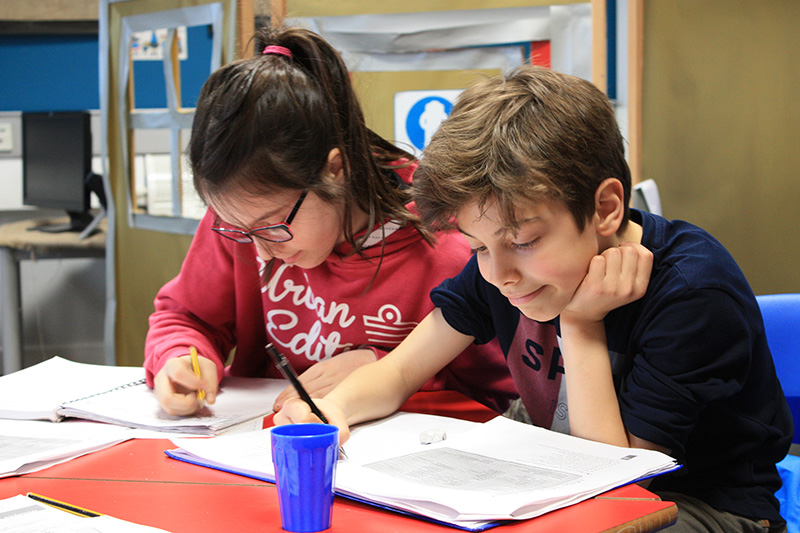 The Greek School of Nottingham was established in 1970 by parents –members of the Greek-Orthodox Community of Nottingham. This is why it is named with the name of the church.  For 25 years chairman of the school committee was George Antippa.  During his days the school was recognized by the Department of Education of City of Nottingham and started to receive its annual grants (1990).  In 1998 was recognized as an official examination Centre by EDEXCEL. 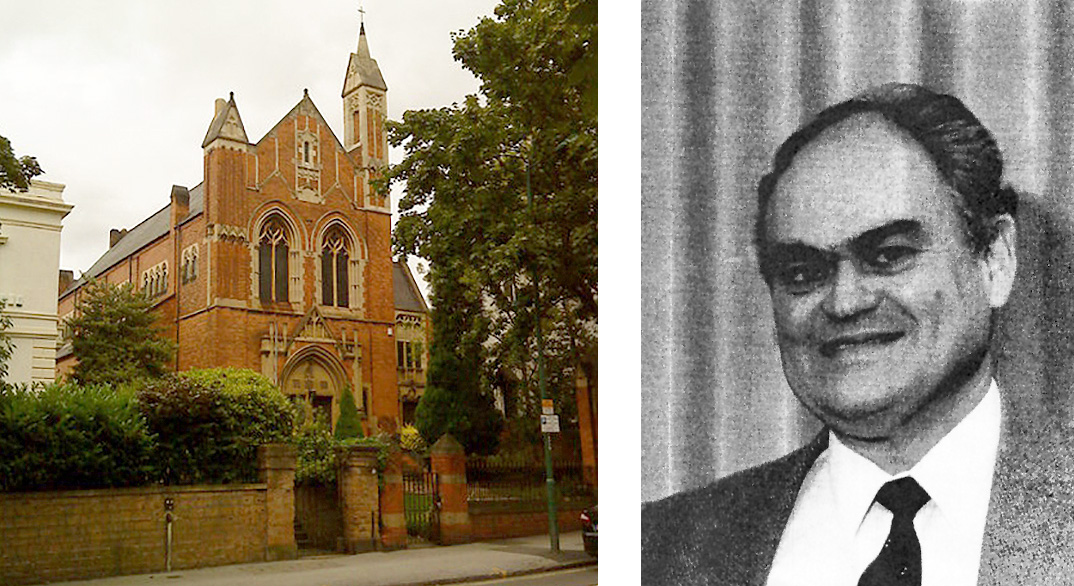 Aims Of The School

According to its constitution the aim of the school is to introduce and reinforce children’s cultural and linguistic identity through the teaching of the Greek language, History and Culture and therefore help them to raise their self-awareness and self-esteem.

More specifically amongst its aims are: 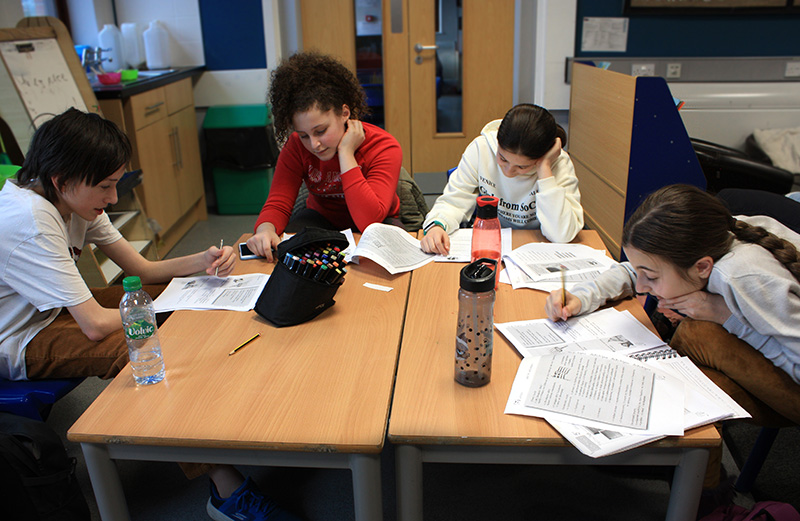 For more information regarding the school aims read the “Statement of Aims” as it has been submitted in the Quality Framework scheme of the Nottingham City Council.

The following classes run each year: 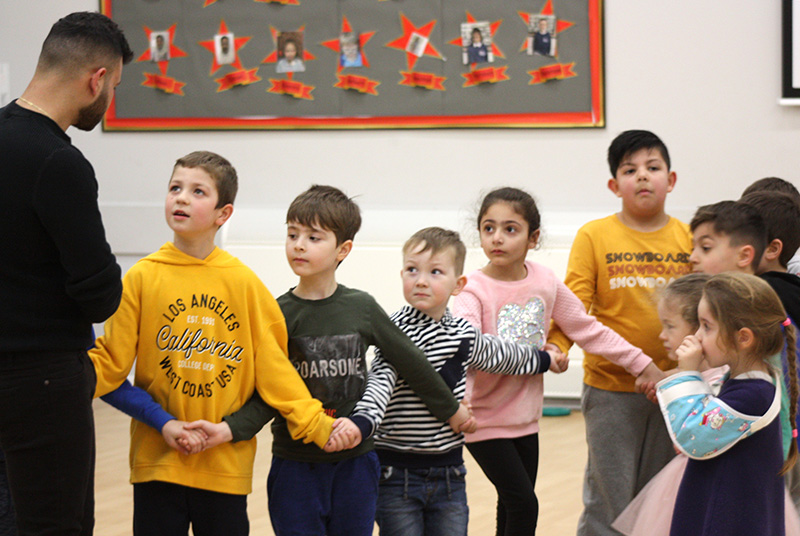 All school activities are connected with the National and Religious days, which are all celebrated at the Community Hall, after the closest Sunday's Holy Liturgy (see annual and daily school schedule). These school presentations are always successful and they are always a nice opportunity for children and adults of the community, to meet each other.

Each term students sit in evaluation tests which take place in all classes.  The grades of the tests, the overall attendance and the participation in the other activities of school during the term, as well as the ethos that students demonstrate in school premises, are all taken into account towards the production of students’ reports, which are delivered to their parents, during specific parents’ evenings, at the end of each term.

Also at the end of each school year a “Title of Progress” is provided to all pupils.  In these the completed as well as the next level/class are mentioned.

Moreover in a special ceremony at the end of school year specific awards for the best -- in various subjects and activities – students, are granted.  The decisions are made by each class teacher separately.

In the same ceremony the best student of all school is rewarded.  Here the decision is made by all the teaching staff of school again on the basis of attendance, participation, progress and ethos.

The older students of the school have the opportunity of taking part in national examinations at higher level (such as GCSEs and A Levels), as Modern Greek is included in the UK curriculum as an optional part of the general subject Modern Foreign Languages.

Our school is Examination Centre, officially recognized from Joint Council for Qualifications (JCQ) and conduct examinations under the Examination Board EDEXCEL.  Our examination centre number is 28357.

It is well known that the specific qualifications can be used for the entry of students in the British universities in combination with the grades from exams taken in their mainstream school.

The teaching staff consists of seven (7) teachers.  All of them are hired by the Greek School Committee for Saturday sessions only with one of them teaching exclusively Greek and Greek-Cypriot traditional dances.

As many teachers from Greece enquire about job vacancies and possible employment in our school it should be useful to clarify that our school is a community supplementary school which runs Saturdays and a few evenings during the week.  This means it is not a mainstream school and does not replace the regular/mainstream daily school.  Consequently it is not suitable for permanent work.  Employment in our school has the form of part time employment and/or voluntary work.

Management of the School

The school is managed by:

2.  The secretariat of school committee.  It is composed from the Chairman, the Vice-president, the Secretary and the Treasurer. The above members are elected directly from the school committee members.

Our school conforms to all rules and conditions as set by the Local Authorities and the UK government.  We’ve been awarded with the Silver Award of the National Resource Centre Quality Framework scheme. This shows that a supplementary school has all the policies and procedures in place to run safely and effectively.

3. The headteacher.  He/She is employed and appointed by the school committee.

Our school as earlier mentioned is a member of the Central Educational Council of the Archdiocese of Great Britain.

It is also recognized by the Greek Ministry of Education, Religious Affairs and Lifelong Learning (YPEPTH) which provides us one teacher and books.

Furthermore it is recognised by the Ministry of Education of Cyprus which provides us books and other teaching staff.

Finally it is recognised and receives grand by the City of Nottingham Supplementary schools Education Department. As a result, it is inspected by the appropriate department of Nottingham Council every year, to ensure that fulfils the specifications set by the City Council. It is worthy to be mentioned here that inspection reports have always been excellent.

However due to the increased expenses of running the school, there are some fees: currently £95 per pupil per term (for three terms).  Concession prices are available for siblings and those who attend midweek classes only.